Things You Didn’t Know About The Star Wars Saga

The Star Wars saga is one of the most famous sagas in film history.  Not only because of its style that marked an era but because it has been passed from generation to generation.

The first movie in the Star Wars saga turned 40 years old. There is nothing! And now that Episode VIII – The Last Jedi is released, how could we not talk about Star Wars!

That is why we have decided to collect the most interesting curiosities from Star Wars. Let’s start and also check out the star war trivia questions and answers for the more information

The chronology for clueless:

And this is the order of the episodes according to the story.

Star Wars was one of the first movies to use digital special effects, and that made the audience surprised when they saw the effects they saw on screen. Although they seem false effects to us now, in 1977 they were a breakthrough.

The R2-D2 robot was piloted from within by 1.12m-tall actor Kenny Baker. During filming, more than once they forgot that he was inside the robot. They took breaks leaving the poor lord trapped, but he took it as a joke.

Not only are there blue and red lightsabers, but there are also green (Yoda), purple (Windu), yellow, and even black. Samuel L. Jackson, who plays Master Windu, expressly requested that his saber be purple as it is his favorite color. Something that the director of the time, George Lucas, accepted without problems.

Ewan McGregor (Obi-Wan Kenobi) had a curious problem during filming. And it was that he could not avoid making the sound of the lightsaber during the shooting of films. It was so difficult for him not to do it that in the end it rolled like this and the sound was eliminated in post-production. Who has not done it more than once representing their scenes?

Darth Vader, the most iconic character in the Star Wars saga, has many curiosities, so many that he has earned his own section. Are you ready?

The Danish public was not too surprised when Darth Vader told Luke that he was his father. This is because Darth Vader in Danish means Dark Father.

Darth Vader had a triple personality since it was created by 3 people. The body that we see on screen was put by David Prowse. But the director did not like the accent it had, so taking advantage of the fact that Darth Vader wears a mask, it was dubbed by James Earl Jones (voice of Mufasa, like Constantino Romero, whose dubbing soaked in the same way or better). When he is about to die and takes off his mask, the face belongs to Sebastian Shaw. 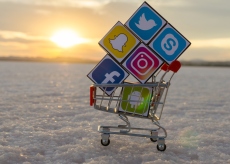 Do I Really Need to Market my Business on Social Media Platforms? 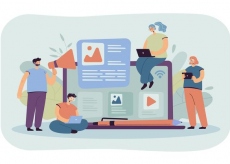 Outsourcing VS Insourcing. What Works Best in Australia? 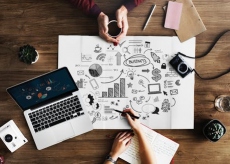